Weathering the Storms of Custody Challenges

If you are just starting a young family, your will or estate plan might be something that you think is still a long way down the road. But if you have brought children into the world, you owe it to them to make sure they will be taken care of if you ever are in a situation where you can't. Here's how a family law or probate lawyer can help you with your guardianship. Read More
Despite the fact that it's illegal to treat workers differently based on their gender, pregnancy discrimination -- a very specific type of gender discrimination -- is still very common in many occupations.  Once upon a time, many workplaces had rules that actually forbid employees from becoming pregnant. It was considered "unseemly" to have a pregnant woman working in some professions and others were considered too risky. Now, the law prevents women from being overtly fired over becoming pregnant, but that doesn't mean that the discrimination has stopped. Read More
The majority of personal injury cases settle before going to trial for a number of reasons. It's expensive to go to trial, and the defendant in the case is more likely to spend money on a settlement than take their chances at a trial. For the plaintiff, a reasonable settlement allows the plaintiff to move on from the complaint and provides a guaranteed payout. When you have a decent settlement offer on the table, it can be beneficial to accept the offer so that you don't have to wait to get your money. Read More
Have you fallen in love with someone who is not a citizen of the United States? You may want to spend your life with this person but worry that you will be unable to do so because of the distance between the two of you. Although you may live on opposite sides of the world, you could potentially bring your partner to the United States and get married to him or her. Read More
When the parents of minor-aged children divorce, the plans to deal with issues pertaining to them are referred to as the parenting plan. Parenting plans cover important considerations like custody, child support, visitation plans, health insurance coverage for the child, and more. In some cases, the non-custodial parent takes actions that can call for an adjustment in visitation. The first step toward protecting the child from the negative actions of a parent can be visitation that has to be supervised by a third party. Read More 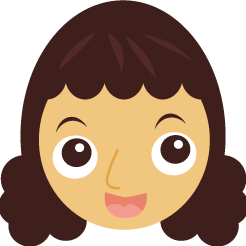 You don't need to go to law school to learn a little bit about family law. I learned this lesson first hand when I faced my own divorce. With three kids, the end of my relationship led to quite a few mediation sessions to settle the question of custody. I went into the ordeal without any previous knowledge or experience. After working closely with an expert lawyer and doing my own research, I discovered a lot of surprising facts about custody and family law in general. Discovering your rights as a parent or grandparent is the best way to prepare for your day in court. I hope you find everything you need to know about the legalities of custody here on my website.